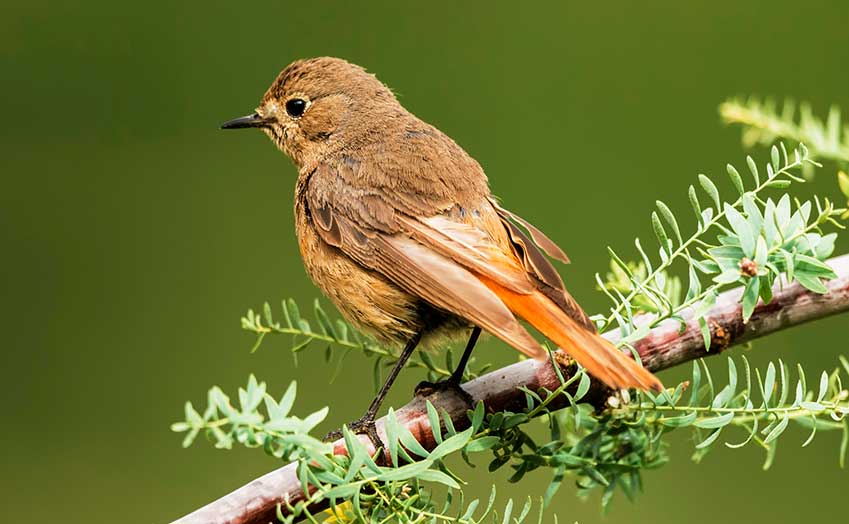 Did you know: Black Redstarts are highly adapted to life in urban environments? They are commonly found in cities and towns, where they are able to exploit a wide range of food sources and nesting sites.

They are truly a sight to behold
With their striking black and red plumage, long, slender beaks, and distinctive long tails, these birds are a joy to watch as they flit from branch to branch, searching for insects and other food.

These birds are known for their beautiful and intricate songs
The males have a rich, melodic repertoire of songs, which they use to attract mates and establish territory.

They are an important part of the UK’s urban ecosystems
These birds play a vital role in maintaining the balance of these habitats, and are important indicators of the health of these environments.

These birds are known for their agile and active behavior
They are constantly on the move, flitting from branch to branch and darting about in search of food.

The male Black Redstart’s song rings out from their prominent and high song posts during the breeding season, including the tops of tall buildings. Their melodies feature loud, melodic whistles and an unusual, rough grinding sound that is reminiscent of gravel being crunched underfoot. These vocalizations are a stunning display and an integral part of their mating rituals!

If you've took any pictures of a Black Redstart at a stage that we don't currently have an image of that you wouldn't mind sharing with us, it'd be a great help if you submitted it to us so that the 1,000's of people who rely on these pages can learn more about the Black Redstart.

Facts About The Black Redstart