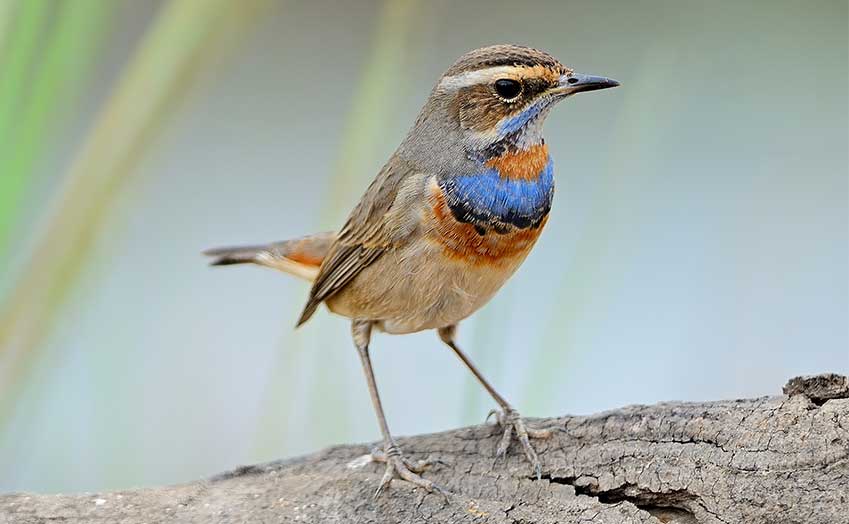 Did you know that Bluethroats have a unique nesting style, and will often build their nests on the ground rather than in trees or bushes?

The Bluethroat is a small, brightly colored passerine bird that is native to Europe and Asia. It’s known for its distinctive blue throat patch, which gives it its name.

Despite their small size, Bluethroats are known for their powerful voices, and their songs can be heard from over a kilometer away!

They are often mistaken for the similar-looking Redstart, but they can be distinguished by their blue throat patch and white undertail feathers. The Redstart, on the other hand, has a reddish tail and breast.

These birds are usually found in wetland habitats such as marshes, bogs, and wet meadows, where they forage for insects, worms, and other small invertebrates.

Male Bluethroats are known for their elaborate courtship displays, which involve singing, wing-flashing, and tail-wagging. They’ll even build multiple nests in an attempt to attract a mate.

They build cup-shaped nests on the ground, and the female will lay a clutch of 4-6 eggs. Both parents help to incubate the eggs and feed the chicks once they hatch.

And despite their small size, Bluethroats are fierce defenders of their territories and will not hesitate to fight off intruders. They are also known to be quite cunning, and have been observed using deceptive tactics to lure predators away from their nests. 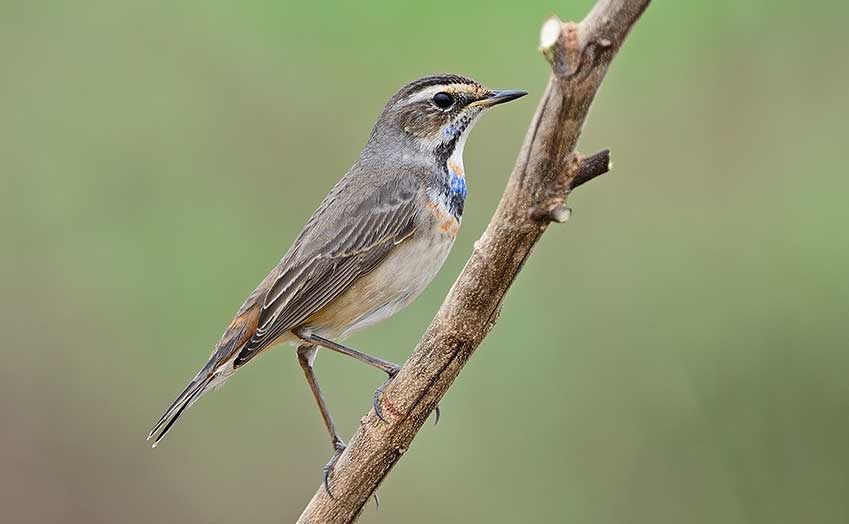 If you've took any pictures of a Bluethroat at a stage that we don't currently have an image of that you wouldn't mind sharing with us, it'd be a great help if you submitted it to us so that the 1,000's of people who rely on these pages can learn more about the Bluethroat.

Facts About The Bluethroat