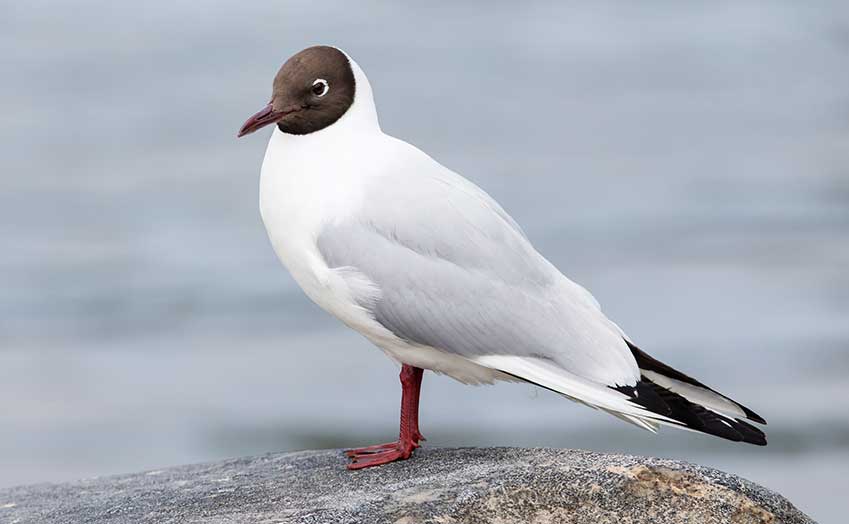 Did you know: their scientific name, Chroicocephalus ridibundus, means “laughing head” in Latin. This name refers to the bird’s distinctive call, which sounds like a series of high-pitched “kree-ar” calls.

The Black-Headed Gull is a medium-sized gull that is native to Europe, Asia, and North Africa. It is a common and widespread species, and it can be found in a variety of habitats including wetlands, marshes, lakes, and coastlines.

The Black-Headed Gull is a medium-sized gull that’s often seen around the UK. It has a distinctive appearance, with a black head, white underparts, and dark, slate-grey wings.

During the breeding season, the black head becomes more pronounced and the white underparts take on a pinkish hue due to the bird’s diet of crustaceans.

It has a long, thin bill that is yellow in color, and a pair of bright red legs and feet. They are a highly social bird, and can often be seen in large flocks, especially during the breeding season. 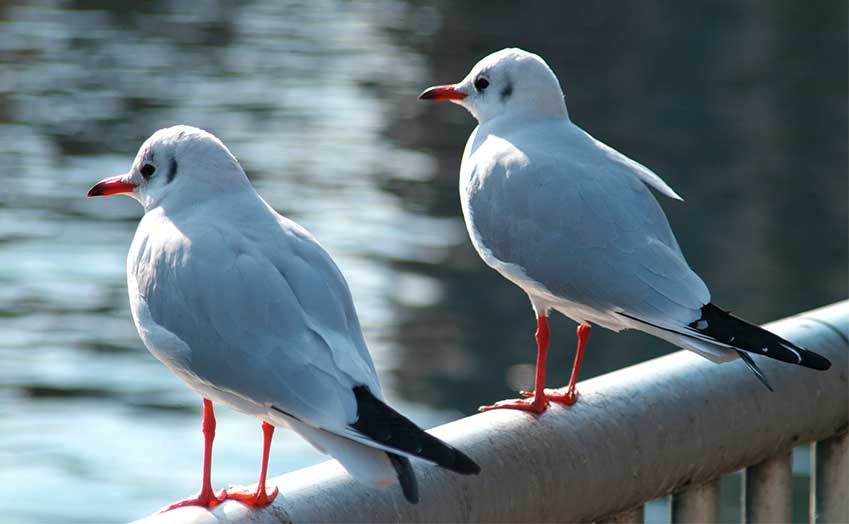 If you've took any pictures of a Black-Headed Gull at a stage that we don't currently have an image of that you wouldn't mind sharing with us, it'd be a great help if you submitted it to us so that the 1,000's of people who rely on these pages can learn more about the Black-Headed Gull.

Facts About The Black-Headed Gull