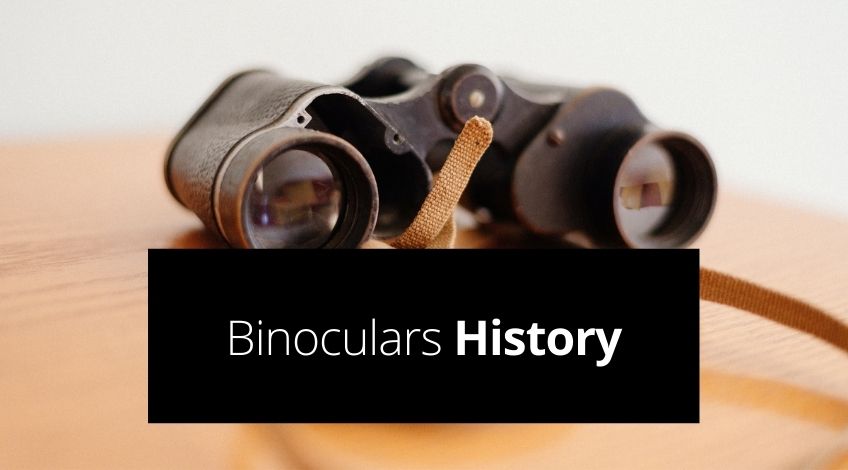 Let’s have a look at some interesting facts about binoculars, we’ll start with the date they were invented. The common belief is that binoculars were invented in 1825 by J.P Lemiere but that’s not strictly correct. Hans Lippershey created a convex lens and a concave lens that when put together, magnified images in 1608. He showed his invention to the leaders of the Dutch armed forces who asked if he could create something similar only with 2 sets of lenses to make them easier to use in battle.

He did make them but they sadly had a bad magnification and a poor resolution, so they weren’t at all popular. So we come back to Lemiere who made opera glasses which were the first successful binoculars. They only worked over a short distance but that didn’t matter at the opera.

We now jump forward to 1854 when Porro patented his prism system, which is all to do with images, and without which all images seen through binoculars would be upside down and backwards.

There are 2 main designs of binoculars, they are Porro-Prism and Roof Prism.

We’re back to our old friend Ignazio now, it’s his invention that uses 2 right angle prisms to rotate the image and this system is found in most wide bodied binoculars.

These use a straight and much smaller abbe-Prism to correct the image. This system is used in smaller more compact models (the types that look like 2 tubes connected by a hinge). These are smaller but they have some defects, like loss of light, colour separation and other problems which means they need special correcting coatings to solve these problems.

With a set of ordinary binoculars it is possible on a clear night, to see

Most early binoculars were used for stargazing, it’s only in fairly recent years binoculars have been used for looking at terrestrial subjects.

What’s In A Name?

The word binoculars is derived from the Latin bioculus which means two eyes. Galileo in1609 invented the first optical device with 2 lenses which many argue was the basis for the binoculars as we know them today.

Coatings To Save Light

Glass reflection loses light, untreated glass can lose up to 5% of the light. With binoculars being comprised of so much glass, the light loss would be phenomenal. That’s why binocular manufacturers use coated glass to prevent light loss. If the coating gets damaged in any way, it can’t be restored. That’s why it’s so important to protect your binoculars at all times.

Binoculars have many uses in our modern world. Let’s have a look at some of them.

Many surveyors now use more modern methods but field glasses were regularly used before technology moved on, and are still used when surveying large areas.

Bird watching is a very popular pastime in the UK, and nearly all bird watchers own a pair of binoculars. The most common magnification sizes used for bird watching are between 7x and 10 x.

Binoculars have been used by the military for many years. Their binoculars tend to be of a more robust design than civilian models. During the first world war trench binoculars were invented. They were like a cross between a periscope and a pair of binoculars. They were mainly used by the artillery for spotting targets.

Many amatuer astronomers use binoculars to stargaze. Binoculars designed with astronomers in mind have larger apertures, usually in the 70mm or even 80 mm range. They are used to spot the milky way, and large nebulae and galaxies as well as the moon and many of the major planets in our solar system.

What are binoculars made out of?

Modern binoculars are made out of aluminium coated with silicon, with the lenses being made from glass coated with anti-reflective material to combat light loss.

Which is the best magnification for binoculars?