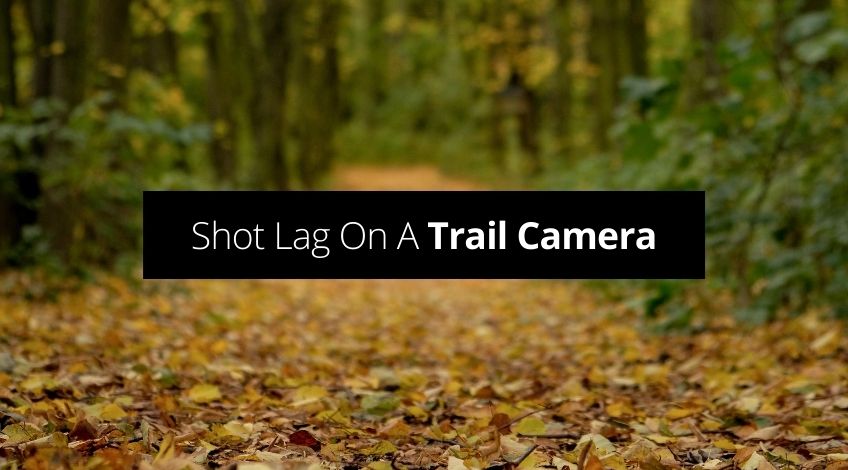 What Is Shot Lag On A Trail Camera? (simple explanation)

The term shot lag when referring to a trail camera is basically the interval between the camera taking one photo and being able to take another photo. Shot lag is also known as the recovery time and reset time. Most trail cameras have a shot lag time that can be set for anywhere between 5 seconds, 5 minutes and some up to an hour.

What Is Trigger Lag?

Shot lag is often confused with trigger lag by some inexperienced trail cam users. This is because they review their footage from their brand new trail camera only to find either an image of just the trail, or the extreme rear of an animal virtually out of shot. This is usually due to trigger lag.

Trigger lag is a term used for a slow trigger time, and the result is the animal walks past the detection zone on the trail cam. But the camera takes too long to trigger the camera and the animal is either out of shot completely or the camera just catches the rear end. Choose a trail camera with a trigger time of at least 0.5 of a second or there are some nowadays that claim an almost instant trigger.

What Is Shot Lag?

Why Is Shot Lag Important?

Shot lag is an important feature on a trail camera because it determines when the next photo can be taken. For instance, if you set your trail cam to take three photos every time it’s triggered but it has a long shot lag, it will take three photos in quick succession but then will be unable to take any more until the shot lag time is up. As you have the ability to alter the time of shot lag, you can experiment with it to get the right time distance between shots.

If you set the shot lag at too fast a time, you will fill your SD card too quickly and you also run the risk of draining the batteries in the trail cam too quickly too. By setting the shot lag time at say five minutes that means there will be an interval of five minutes between the trail cam taking one photo and being set to take another one. It won’t matter that the trigger time is fast if you have a slow recovery time (shot lag).

How Can Shot Lag Be Counteracted?

It is possible to counteract shot lag to some degree using different features on the trail cam. For instance, trigger delay plays its part, but more important is burst count. Burst count or burst number as it’s sometimes called is the amount of photos that can be set to be taken at the same time. Bursts of images are usually blocked in ten or twelve at a time.

This means that once the camera is triggered it will take either ten or twelve photos in quick succession. Which gives you more chance of capturing a decent image of whatever triggered the trail cam. The problem with bursts is they fill up your memory (SD) card quicker and often 80 to 90% of the images captured will be useless.

What is shot lag on a trail camera?

Shot lag on a trail camera is the time between taking a photo or sequence of photos and the camera being ready to take another photo.

Can you set shot lag to different times on trail cams?

On most trail cameras you have the option to set the shot lag from 5 seconds to one hour. With increments in between.