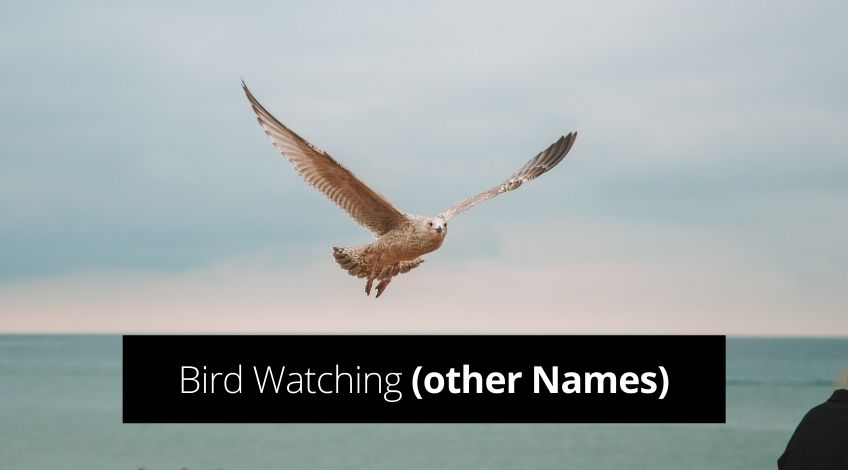 What Is Bird Watching Called (other Names)

There are many names for bird watchers, some sweet, some practical and some down right derogatory. It seems to be a human trait to ridicule anything we don’t understand and for some, bird watching falls into that category. Like all hobbies and all hobbyists, bird watchers fall into two types, serious bird watchers and listers.

Listers have long lists of birds situated all over the world and set themselves the goal of seeing each bird on their list before they die. They’re not interested in habitat or length of time under surveillance, just the physical act of spotting the next bird on the list. Then they’re off in search of the next bird down on the list.

What Is The Scientific Name For A Bird Watcher?

The scientific study of birds is called ornithology and the people that study birds scientifically as a profession are called ornithologists. There are of course other names for birdwatchers and sometimes the use of such words can get slightly confusing.

It’s All In The Name

For instance, what’s the difference between a bird watcher and a birder? These two terms are often used to describe the same person but they have two distinct meanings. A bird watcher is someone that notices birds whilst travelling, whereas a birder travels to notice birds. Both watch birds for fun but birders have a far greater knowledge and understanding of birds than the average bird watcher will.

Birding is a hobby that requires a certain level of commitment and dedication, whereas bird watching just happens. Birders travel many miles to spot birds they’ve never seen before, often camping out for whole weekends just to spot that one, elusive bird.

Bird watchers and birders will all take exception to being called twitchers, this is seen as a seriously derogatory term. Twitching implies a shallow bird watcher whose only interest is adding a new, often rare bird to their seen list. Many twitchers give no thought to the bird in question, or the fact that it’s a rare sight in this country because it’s probably been blown off course by bad weather.

Very likely the poor bird is tired, and hungry but cannot feed or rest because it’s surrounded by cameras, binoculars and spotting scopes along with all of the twitchers just itching to get a glimpse to add to their list. Twitchers are so called because of a British bird watcher from the 1950s called Howard Medhurst who had a nervous twitch.

Listers are serious bird watchers who set themselves the target of spotting every bird on their list. This is often a lifetime commitment and takes the lister to many countries in search of that elusive bird. Many listers are well educated on the habits of their listed birds and recognise the habitats they will be found in.

Another derogatory term applied to bird photographers whose entire purpose is to take the best photo of the bird in question. Toggers are said to have no interest in the birds habitats or behaviours, just on obtaining that all important photograph. With many luring the birds with food to get the perfect shot at the perfect angle.

Then they’re off in search of their next photo opportunity. Listers frown upon the activities of toggers because for listers the bird and it’s well being is important.

Another name for a lister, is a ticker. A lister ticks boxes on their list to prove which birds they have seen. A ticker is one who ticks those boxes. Earlier names for tickers include; pot-hunter, tally-hunter and tick-hunter.

Avian means related to birds, so an avian enthusiast is a bird watcher or birder. In much the same way as a housewife is a domestic engineer.

As they observe the life of birds and learn about their habits and feeding requirements, many birders refer to themselves as amateur ornithologists. To be a fully fledged ornithologist you would need to have a degree in the study of ornithology or a related field. So they use the term amateur to distinguish between an actual ornithologist and an enthusiastic amateur.

A bird watcher is anyone that watches birds. From the casual glance when passing woodlands to sitting in the park feeding the sparrows, that’s bird watching.

All hobbies develop their own terminology and bird watching has many terms peculiar to this pastime. They include;

There are two main bird watching organisations in the UK, they are;

Both of these organisations can be supported by donations and by volunteering. Follow the links for more information.

What is a birder?

Someone that watches birds and can identify them.

What is a bird enthusiast called?

Another name for a bird enthusiast is a birder.

What is a spark bird?

A spark bird is the bird that started your interest in bird watching.

What’s the study of birds called?

The study of birds is called ornithology.