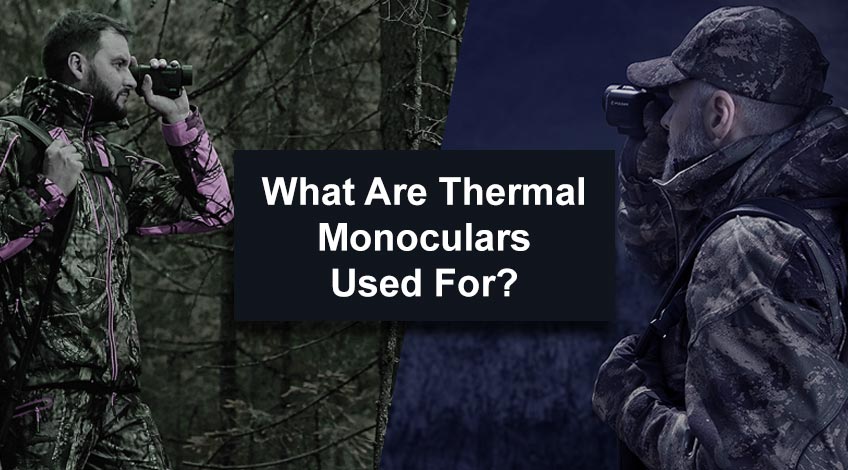 What Are Thermal Monoculars Used For?

Their design is typically lightweight, compact, and portable – making them easy to carry and use in a variety of settings. Some models also offer features such as: digital zoom, image enhancement and video recording capabilities, further enhancing their usefulness in a variety of applications.

In this article, we’re going to explore some of the common uses for them and dive a little bit deeper into how they can help in a variety of situations.

Here are some of the common uses for thermal monoculars:

Thermal monoculars can be a valuable tool for search and rescue teams as they allow the user to locate missing people and survivors in challenging environments.

They can be particularly helpful in finding people in dense vegetation, heavy fog or at night.

Thermal monoculars can be used by police officers to locate and apprehend suspects, as well as identify potential threats.

For example, if a suspect was hiding somewhere in the woods, a police officer equipped with thermal monoculars could spot them easily.

Thermal monoculars are useful for hunting in low light or complete darkness as they allow the user to see and identify the heat signatures of animals.

This can be helpful for spotting game in dense brush or in adverse weather conditions.

Thermal monoculars can be used to navigate through unfamiliar or difficult terrain as they allow you to see and identify heat signatures that may be difficult to spot with the naked eye.

This can be helpful for identifying hazards or finding one’s way in low light or poor visibility conditions.

Thermal monoculars can be used for surveillance operations, as they help you to detect and track individuals or vehicles in low light or complete darkness.

For example, if you have a group of cars parked around a house that you’re watching, you can use a thermal monocular to tell which cars have been there the longest and which ones have just arrived. The cars that have been there the longest will appear cooler on the thermal monocular, while the cars that have just arrived will appear hotter.

Thermal monoculars are often used by the military for a variety of purposes, including surveillance, navigation, and target acquisition.

They can be used to detect and track individuals/vehicles or to identify potential threats.

Thermal monoculars are especially useful for firemen because they can see through smoke and darkness, which usually make it difficult to locate the source of a fire or identify hot spots and potential hazards.

By detecting and displaying heat signatures, thermal monoculars allow firefighters to navigate through a burning building or structure more safely and effectively. They can also be used to identify people or animals that may be trapped inside, helping to guide rescue efforts.

Thermal monoculars can also be used to monitor the temperature of walls, floors and other surfaces, helping firefighters to determine the best course of action to extinguish the fire.

Thermal monoculars allow wildlife photographers to detect the heat signatures of animals, even in complete darkness or thick foliage. This allows photographers to get closer to their subjects without causing any disturbance or altering their behaviour.

Thermal monoculars can also help photographers identify and track individual animals, even when they are camouflaged or hiding. This can be especially useful for capturing rare or elusive species, or for studying the behaviour and movements of different animal populations.

For example, if a bearing on a machine is overheating, it may indicate that the bearing is not functioning properly and needs to be replaced. By using a thermal monocular to detect the overheating bearing, the maintenance worker can take action to fix the problem before the bearing fails completely and causes more serious damage to the machine.

Thermal monoculars can also be used to: detect leaks in pipes, faulty electrical components and other issues that may not be immediately visible to the naked eye.

HVAC technicians may use thermal monoculars to quickly and easily identify any areas of a building or home that are not being properly heated or cooled. They can use the monoculars to detect heat signatures that may indicate issues with the HVAC system, such as leaks or faulty insulation.

This allows them to identify and repair problems more efficiently, improving the overall efficiency and performance of the system.

Thermal monoculars can also be used to detect problems with individual components of the HVAC system, such as overheating motors or faulty electrical components – allowing technicians to address these issues before they cause further damage.

With so many models on the market, it can be hard to know which are the best to buy, which is why we put together our list of the top thermal monoculars of 2023 to help people choose.

Remember, if you’re buying your thermal monoculars from us, you can get free delivery throughout the entire UK. And if you need any help deciding on the right pair for you, you can always give us a call on 01268 944149.

We hope you found this article helpful! 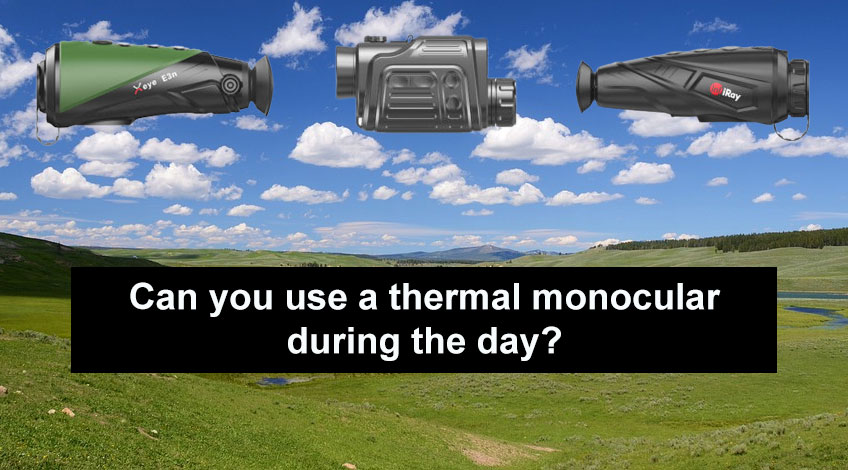 Can you use a thermal monocular during the day? 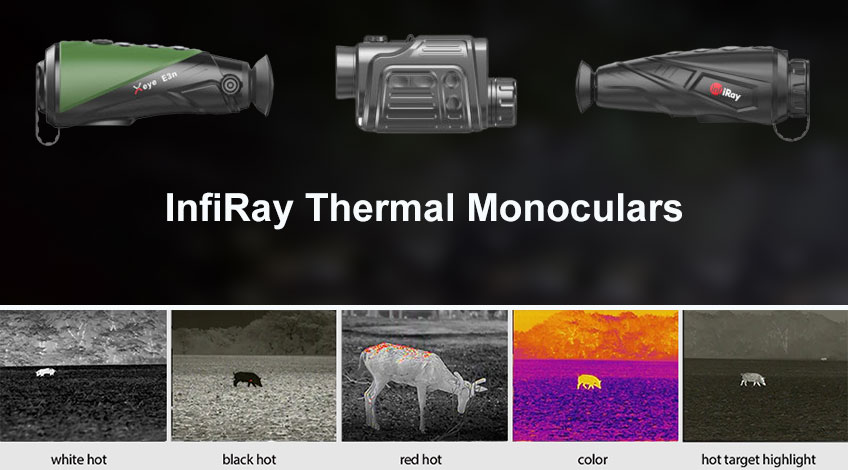 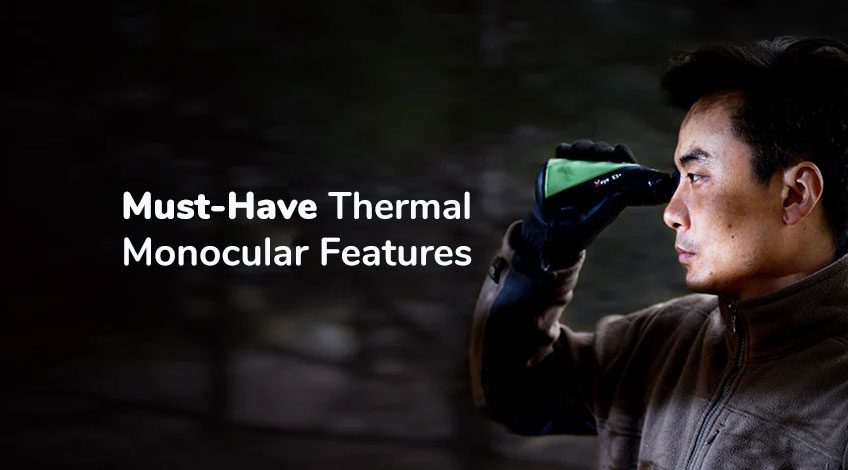