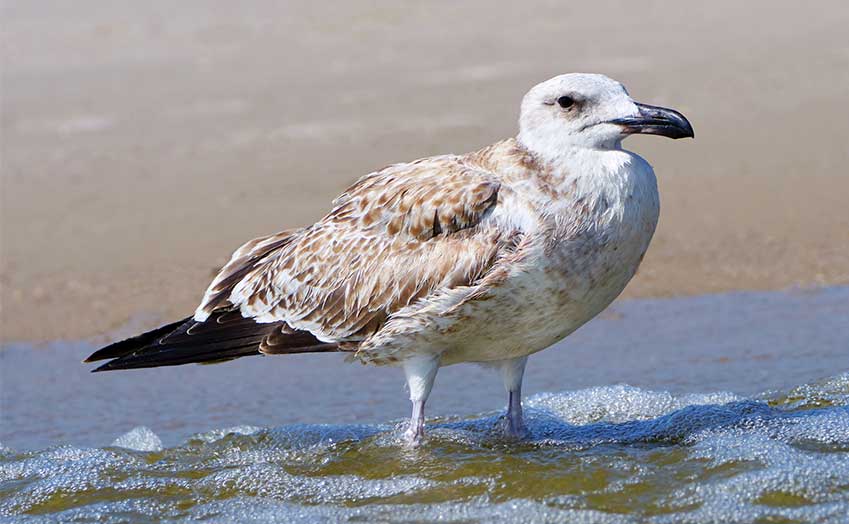 Did you know: That the Common Gull is a highly adaptable bird that can be found in a variety of habitats, from coastal areas and wetlands to grasslands and even urban environments? They are known for their opportunistic feeding habits and will eat just about anything, including insects, small mammals, and even rubbish.

Common gulls, also known as mew gulls or seagulls, are medium-sized birds with a wingspan of about 120cm. They have a pale grey back and wings, a white head and underparts, and a black wingtip. Their eyes are dark brown and they have a yellow bill with a red spot near the tip.

In flight, common gulls can be identified by their long wings and distinctive white wingtips. Juvenile common gulls have a browner appearance, with mottled brown and white feathers on their head and underparts. As they mature, their feathers become more uniform in color.

How Do They Get Food?

Common gulls are known to be opportunistic feeders and will take advantage of any available food source. They have been observed stealing food from other birds and will even follow ploughs in fields to feed on the worms and insects that are turned up by the soil.

This behavior allows them to survive in a variety of habitats and adapt to changing environments. In addition to scavenging for food, common gulls are also skilled hunters and will catch and eat a variety of prey, including small fish, crustaceans, and insects.

Common gulls typically nest on the ground in large colonies, often with other species of gulls. They create a simple nest by scraping a shallow depression in the ground and lining it with grass, twigs, and other materials. Each year, a pair of common gulls will lay a clutch of 3-4 eggs, which are incubated by both the male and female for about 3 weeks.

Once the eggs hatch, both parents take turns feeding and caring for the chicks until they are old enough to fledge or fly from the nest. The chicks are dependent on their parents for about a month after fledging, and the whole family group may stay together for several more months before the young birds become fully independent.

Common gulls are also known to form long-term pair bonds and will often mate with the same partner for several seasons.

How Long Do They Live?

Common gulls are known for their longevity in the wild. They have a lifespan of up to 20 years, which is relatively long for a bird of their size.

This is particularly impressive considering the challenges they face in their natural habitat, such as finding food and avoiding predators. Despite these challenges, common gulls are able to thrive and live a long and fulfilling life.

One of the things that helps them survive is their ability to swimming and dive underwater to catch food. This allows them to access a wider range of prey, including fish, crustaceans and molluscs. They are also known to opportunistically scavenge for food, including human rubbish. 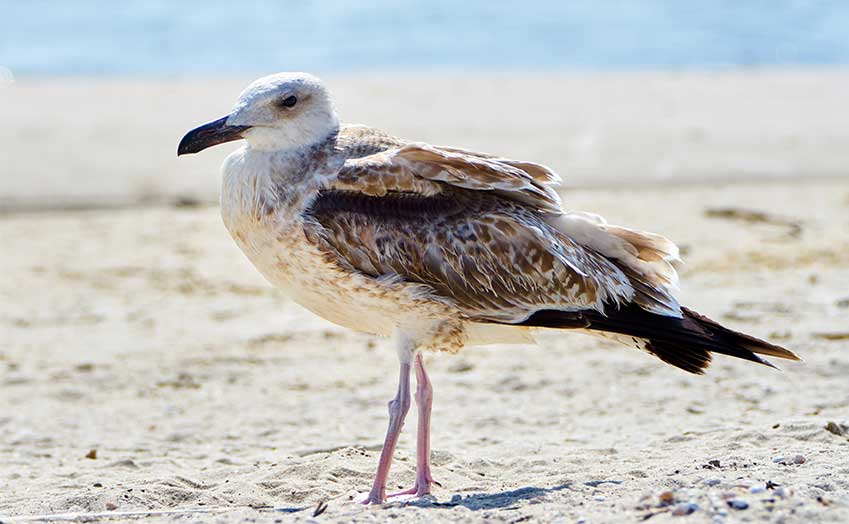 If you've took any pictures of a Common Gull at a stage that we don't currently have an image of that you wouldn't mind sharing with us, it'd be a great help if you submitted it to us so that the 1,000's of people who rely on these pages can learn more about the Common Gull.

Facts About The Common Gull