Did you know: Buzzards are known for their strong, monogamous bonds and typically mate for life. If a pair of these birds establishes a territory, they will defend it fiercely from any intruders.

Buzzards are a common sight in the UK
These birds can be found in a wide range of habitats, including forests, grasslands, and urban areas. They are often seen soaring high in the sky, using their keen eyesight and powerful wings to locate prey.

Buzzards are territorial birds
These birds establish and defend territories using vocalizations and displays, and will often engage in territorial fights with other males.

Buzzards are masters of the skies
These birds have a distinctive, broad wingspan and are able to soar effortlessly through the air. They are also able to fly at high speeds and are able to maneuver with incredible agility. In fact, these birds are so skilled at flying that they have been known to catch insects in mid-air! 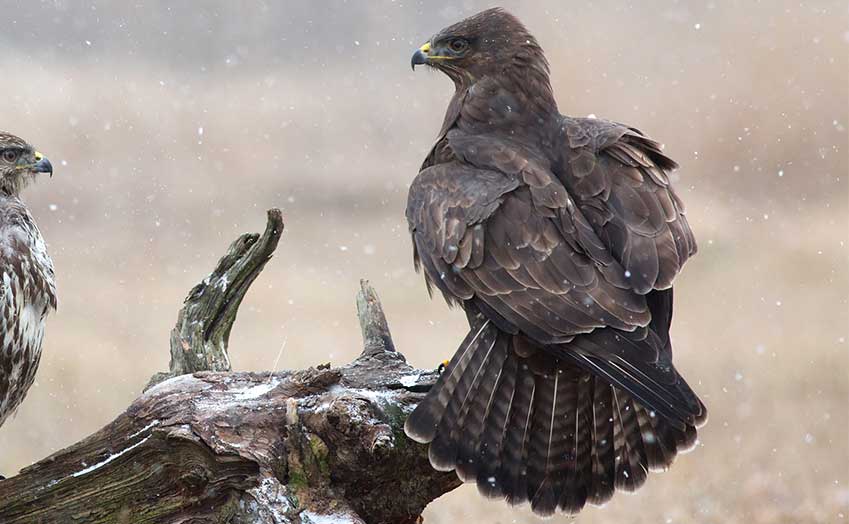 If you've took any pictures of a Buzzard at a stage that we don't currently have an image of that you wouldn't mind sharing with us, it'd be a great help if you submitted it to us so that the 1,000's of people who rely on these pages can learn more about the Buzzard.

Facts About The Buzzard