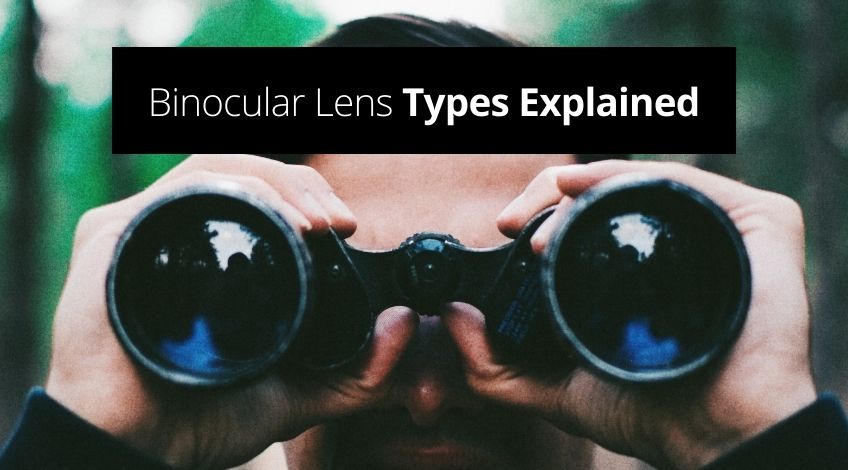 The idea of buying a pair of binoculars is to help you to see the outside world clearer, so it’s amazing at just how much confusion there seems to be when finding the correct pair for you. Before you buy your binoculars you need to evaluate what you’re buying them for. A decent pair of binoculars will set you back a quite substantial sum of money, so it’s important you invest wisely.

These terms get mixed and matched so much that it’s no wonder you can’t tell the difference between the two. There is a distinct difference and this is how to tell them apart.

What Are Field Glasses?

Field glasses are a type of binocular with a far simpler lens set up than prismatic binoculars. The design of field glasses makes them much more durable than prismatic binoculars, and therefore suitable for children. They work by using a large lens that allows light to enter (objective lens) and another lens inside each of the tubes which reverses and inverts the image so that when you look through them you see the image the right way up.

As they have hardly any internal parts, they are much less likely to get damaged by rough handling. Field glasses do have one major drawback however, and that’s their top magnification which is only 5x. To obtain a greater magnification the field glasses would have to be too long and too heavy which is why most people prefer to use prismatic binoculars.

What Are Prismatic Binoculars?

As their name implies, prismatic binoculars work by using a set of prisms in each tube. The light passes through the large lens (objective lens) it then passes through the prisms and shows a far greater path length. This allows for a greater magnification, shorter tube length and a wider separation of the objective lenses which increases the stereoscopic effect. With the potential of magnification of between 6x to 40x prismatic binoculars are far more popular and surprisingly light.

They work by having a large objective lens that allows light to enter the tube, which then has to pass through 2 sets of prisms to magnify and correct the angle of the light so the image you see is the correct way up. All of this internal prism set up is delicate and it doesn’t take too much of a knock to misalign the prisms. If the internal prisms do get misaligned, the two images will both be visible, making your brain have to strain to make any sense of the image. This leads to eyestrain, dizziness and headaches.

So if you have decided that you want the extra magnification provided by prismatic binoculars, you have another choice to make. This is between Porro prism or roof prism binoculars, it sounds really complicated, but the differences are obvious once you get familiar with them.

What Are Porro Prism Binoculars?

These take their name from their inventor Ignazzio Porro and haven’t really changed since their original design in the 19th century. They work by sending light through the objective lens, and then on through a pair of offset prisms and then through to the eyepiece. The offset prisms amplify the image making it larger and righting the image direction so you see it larger and the right way up.

The offset prisms are the parts that can get misaligned if the binoculars are accidentally dropped or handled too roughly. Because of the inner workings Porro prism binoculars are larger, heavier and more awkward to use than roof prism binoculars. On the plus side, they give a clear 3D image and offer a large field of vision. They are also cheaper to produce, which usually means they have a cheaper purchase price.

At A Glance Pros And Cons Of Porro Prism Binoculars

What Are Roof Prism Binoculars?

Roof prism binoculars are a much simpler looking pair of binoculars compared to Porro prisms. They are smaller, streamlined and much more compact than Porro prisms, far lighter and easier to carry and conceal too.

Although they look simpler, the internal mechanisms are much more complex than Porro prisms. As there are no offset prisms, roof prisms have convoluted and intricate machined paths to reflect the light from the objective lens to the ocular lens. These complex internal light reflectors allow much higher magnification and a brighter image. This complex internal design does mean they cost more to produce and that means you have to pay more to purchase them.

At A Glance Pros And Cons Of Roof Prism Binoculars

It really does depend on the activity you are taking part in, Porro Prisms are more suited to general use, short-range bird watching, stargazing, and hunting at night. Roof prisms are best suited for long-range spotting, and they tie when it comes to daytime hunting. With that said, there’s the size, durability and weight advantages of roof prisms but they are more expensive.

Whatever you decide, be sure it’s because they are actually the best pair suited to your situation. There are of course other factors worth considering.

As we mentioned above, the prisms direct the path of light through the binoculars, and there are three types of prisms that are commonly used in the manufacture of binoculars, they are:

But what do those names mean? And do they make a difference to the overall quality of the binoculars? Let’s have a closer look and find out.

This refers to a light barium crown glass that has a high refractive index and provides high levels of image quality. It is much more expensive than BK-7 and is often used in mid to high quality binoculars and other optical equipment. BaK-4 is a designation used by Schott AG who are an old and well respected German manufacturer of optical glass. The BaK stands for the German “BaritleichKron” which means Barium crown. It is used for making the prisms in the higher quality binoculars and although it is not one of the international standards for optical glass it is highly recognised as a mark of quality.

BK-7 is probably the most widely used glass for less expensive binoculars and although it is of slightly lower quality it is still an optical glass which means it still has great light transmission and only a small number of imperfections. BK-7 works at its best at 8x magnification and below, because as the magnification increases, the field of vision becomes narrower and the clarity becomes more important.

K9 glass or as it is sometimes called, K9 crystal is another variety of Borosilicate crown glass. The “K” refers to the German word for glass(Krone) and the “9” is a reference to the lead content of the glass (9%). It still has high optical clarity but is of less superior quality than the other two. K9 is produced mainly in China and is often referred to as of similar quality to BK-7.

This is another term that can usually be found in association with binocular lenses, but this is another confusing term. There are more than one coating term to be found on binoculars so let’s go through them to see what they all mean.

These are films applied to the surface of the lens of binoculars to reduce reflections and glare. They also help improve how vivid the colours appear and increase the contrast and light transmission. It is generally accepted that coatings are a good thing but it is a tricky subject, because sometimes all they are is a colour filter that doesn’t actually do anything to improve the image. Plus there are many different coatings terms, so let’s break it down even further.

Coated lenses are the lowest on the coating terminology scale and generally means that at least one lens has been coated.

This means multiple surfaces are coated or one surface has multiple coatings applied to it.

This means that both the inside and the outside of the lenses have multiple layers applied to them. This offers the best type of coating, better light transmission, colour, contrast and brightness. The very optimum coating level is broadband fully multi-coated which are made to work across a wide spectrum of many wavelengths and give the clearest images.

As well as lens coatings, prism coatings increase the reflection of light and improve the contrast and brightness of the image. Many manufacturers use average reflective coatings, but the highest level of coatings for binocular prisms is dielectric coatings. These allow 100% of the light through the prism which results in the brightest, higher contrast images.

Because of the way roof prisms reflect light, it gets split into two beams after it goes through the objective lens, these two beams pass through the prism separately. When these two beams recombine in the ocular lens they are slightly out of phase with each other. Once the prisms are coated the two beams travel at the same speed bringing them back into phase, resulting in better colour, contrast and clarity.

Most users won’t be aware of the out of phase under normal conditions, but it will make a difference to avid bird watchers and regular binocular users. These prism coatings are not necessary for Porro prisms because they do not suffer from the phase shifts experienced by roof prisms.

What is the strongest lens in binoculars?

What strength binoculars do I need for bird watching?

The strength of binoculars needed for bird watching are usually 7x, 8x or 10x magnification, these give enough magnification while still allowing a decent field of view.

What does FoV on binoculars mean?

FoV on binoculars means the field of view. This is the area visible from the binoculars without moving them.